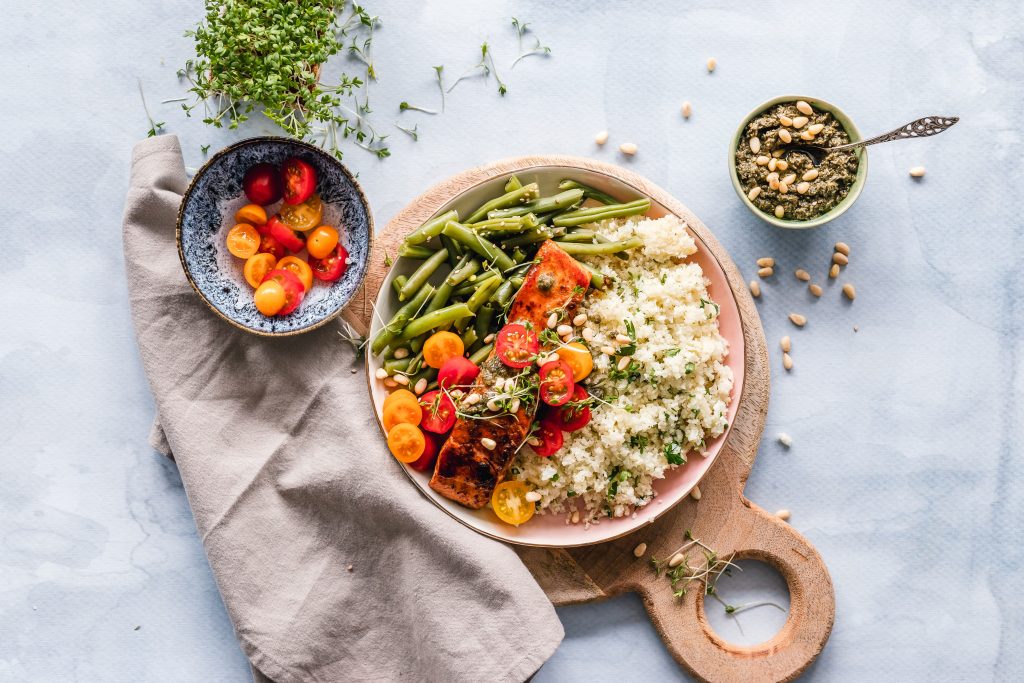 What is eating healthy?

According to some people, it’s avoiding dairy, or meat. Other people believe that it’s about putting as much dairy or meat in your diet as possible and avoiding all the fruit.  To some people, it’s restricting your diet to a low calorie count, to include sugar free products or processed junk, while to others, it means eating nothing but real, process free foods.

Funny story… I actually loved the Whole Food 30 diet. That one made the most sense to me… it was real food.  However, I quickly had a bad taste in my mouth when on a forum I was attacked for admitting that I eat banana, egg pancakes.  I felt like a mob of Whole 30’ers were after me… their reason? Eating things like that is “not in the book”. Apparently, a banana and egg, mixed together and sprinkled with cinnamon is a “Gateway” food to cake.

Well…. I don’t like cake, so I felt pretty safe there.

I left that forum and the idea of following a ‘diet’ plan that described banana and eggs as a gateway food turned me away from that whole thing.

I’ve tried every fad diet out there. Not just in a small way, because you know by now that I really want to know WHY something works. So, with each diet I tried, I buried myself in the books, the blogs, the forums, the groups, even the documentaries.

With every diet I tried, I was committed to doing it right!

I don’t like restrictions. In fact, I think, like most people, the idea of restricting something makes me want it even more.

Props to the diets that tell people, “you can eat all the fat you want!” You’ve found a way to make a diet sound fun…

Well, like I said, I tried them. I researched, and understood the reason they worked, and religiously would stick to the plan. I’d even lose weight, usually around 8-10 lbs… and then I’d lose my mind, my patience, my hair and while I’d start to gain the lbs back, I’d quit and lose weight again… eating like crap.

Well, this time I decided I didn’t want to know about any diet. I wanted to know more about digestion, gut health, nutrition and all with a focus on making my mind, body, hormones, hair, nails and brain healthy.

I was looking for an overall health. I wanted my bodily functions to work as they were supposed to. I wanted my hormones to stay in check. I wanted to be able to sleep at night. I wanted that weirdness in my chest to stop.  I had recently turned 40, and people I knew, people I went to school with were already passing away.

My dedication to health these days is to follow the 1st definition of Diet. My diet can now be described as generally conscious about eating nutritiously.

Looking for something specific?